Based on research from the SOLID project Spanish nutritionists recommend Mediterranean  farmers to apply a low input strategy using by-products from the olive- and greenhouse industry as feed for dairy goats.

Tomato salad with rich olive oil is a simple but delicious dish on the Mediterranean dining table. But tomatoes and olives are not only suited for the human diet  – silages made out of waste from the olive and tomato industries have also proved to be an attractive feed for dairy goats.

Within the SOLID project the scientists at the Animal Nutrition Institute at the research institution CSIC in Granada have tested a broad range of by-products fit for husbandry production on low input farms.

In particular, leaves and pulp from the olive oil industry and wasted fruits from the intensive greenhouse production – primarily tomatoes – appeared to be promising as goat feed.

Both types of products were fed as silage and tested in vitro as well as in vivo at the institute and also on case study farms. Silage made out of tomato waste mixed with straw and barley appears to be very well suited for feeding ruminants, although the challenge is the high moisture of the tomatoes.

Olives in tomatoes for dinner

The tomato and barley silage has a moderate content of protein and provides good energy for dairy goats. However, Spanish goats are not used to silage, and thus often reluctant to eat it – contrary to what is popularly believed, goats are quite conservative when it comes to new types of feed, David R. Yáñez-Ruiz, nutritionist at CSIC, explains.

Also olive leaves mixed with both barley and olive pulp turned out to suit the small ruminant very well. The pulp cannot be fed separately as it is too wet, but the dry leaves can balance the silage, and olive silage proved to be a valid replacement for medium quality hay. The energy content (from the remaining olive oil in the pulp)  is higher, but the olive silage contains less protein compared to hay.

The project has tried to identify the ideal composition of the silage made out of by-products and has developed specific recommendations for the farmers:

Although, silage made out of by-products proved to suit the small ruminants well, the farmers turned out to be as skeptical as the goats when it came to using it, as silage is not commonly used in the region.

However, when the goat farmers saw the positive results, they changed their minds, and even more so when it appeared that they could save money using the by-product silage.

Low-input a promising strategy in the South

In general David R. Yáñez-Ruiz is very satisfied with the out-come of the research conducted within the SOLID project in Spain.

“In my opinion, the low input aspects are the most important, in particular in Southern Spain,” he says. 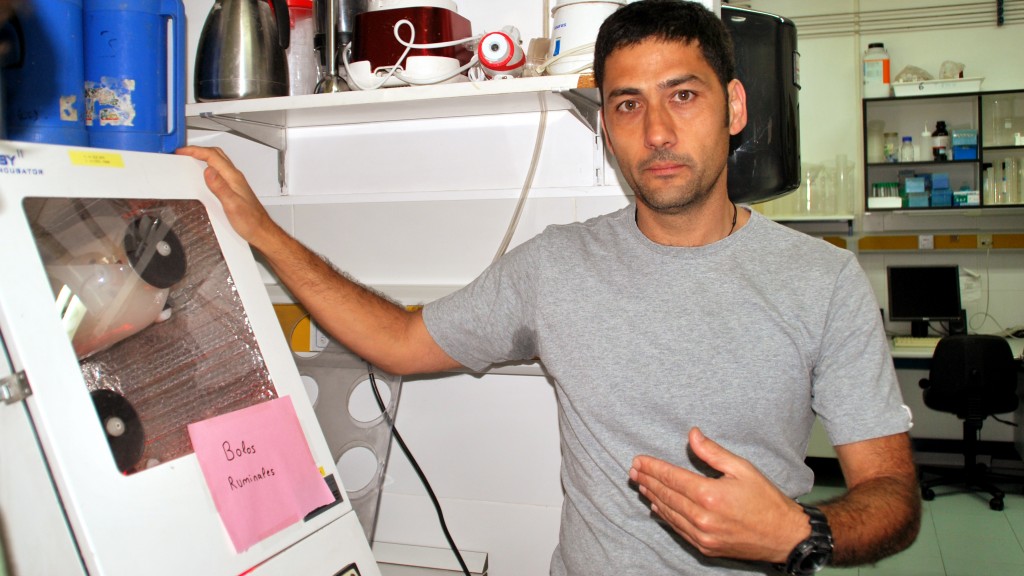 “Organic systems are quite well-defined, whereas low-input farming is more vaguely defined and therefore in general complicated to address. But in particular, in Southern Spain the perspectives of using by-products to much larger extent are quite promising.”

“In Spain, we have to differentiate between North and South. In the North they have sufficient pastures and grass available, and farmers can “afford” to run low-input farming, whereas it is more difficult to run a farm with less input in the dry Southern part of the country,” he explains.

However, during the last years, the interest in low-input farming has increased even in the South:

“During the last years, prices have been going up on feed, fertilizers and all other farm input. Therefore, more farmers are going back to less intensive farming strategies with lower inputs to reduce the costs of production. And under these circumstances, our research appears to be even more useful,” David R. Yáñez-Ruiz concludes.

The SOLID activities at CSIC, Granada