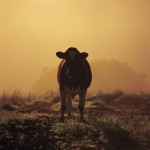 SOLID & The National Research-Development Institute for Animal Biology and Nutrition, Romania, invite you to attend the workshop:

Further information in English  and Romanian

The Organic Research Centre (ORC) together with OMSCO, Aberystwyth University and AHDB Dairy are organizing a West European Regional Workshop under the SOLID project. The workshop will be held on the 26-27 of January 2016 in Bristol, UK. Read more

The Workshop on “dairy livestock production in Southern Europe” took place in Thessaloniki, Greece from 10th-11 th September 2015. The delegates included major stakeholders in livestock production from Greece and neighbour countries as well as researchers and producers.

The workshop opened by the Greek Minister of Agriculture, Mr. Demetrios Melas who gave a welcome speech. Then the Deputy Head of Rural Economy of the Regional Government of Central Macedonia, Mr Ioannis Taxmazidi, presented some key issues regarding the importance of livestock production in the Region of Central Macedonia. During the rest of the workshop the latest developments in the global livestock sector were presented with special reference to Mediterranean countries.

Moreover the outputs from the EU FP7 project SOLID were presented by some of the speakers particularly as they relate to the Mediterranean region. Keynote speakers from different countries presented the dynamics of different livestock sectors in Greece and worldwide.

The presentations explored a wide range of issues covering the most important ruminant species relating to research and technology in production, novel products, quality and safety, as well as common agricultural policy (CAP). Emphasis was given to the dynamics of the livestock sector and its implications for sustainable development. In this respect the results of the SOLID project were specifically adressed. Details of the scientific program as well as the presentation of all speaker can be found below:

The annual SOLID meeting in Granada was a major step forward for SOLID towards the completion of the entire project. A very successful meeting, according to the overall project leader of SOLID, Nigel Scollan.

For two days in May the elegant lobby and the shady conference rooms of Hotel Saray in Granada buzzed with intensive discussions on cows and goats, organic farming methods and low-input farming, breeding and feeding and milk production as about 50 agricultural scientists and stakeholders from most of the 10 EU countries involved in the SOLID project met for the 5th Annual Project and Stakeholder Platform Meeting.

The participants agreed that the scientific discussions in plenum as well as in smaller groups were fruitful, but also the excursions and the social events contributed to make the Granada-meeting a success.

“It was fantastic to have the privilege of visiting Granada for the 5th Annual Project meeting of SOLID.  The location was excellent and it was a delight to see so many of the “SOLID family” together. The meeting provided a forum for each of our work packages to update on progress and permit discussion with our stakeholders on implications of the research conducted,”  SOLID´s overall project leader Nigel Scollan, Aberystwyth University (UK), says.